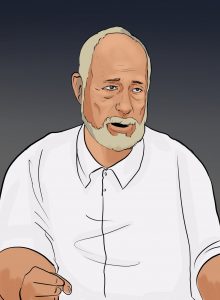 University of Amsterdam
Department of Literary and Cultural Analysis